Weymouth parkrun: the one with the pineapple! (Or how parkrun has changed my life)

Something very strange has happened to me. Throughout my life I have hated any form of exercise, and have only taken part in any organised sporting activity through necessity rather than choice. Team sports hold me in absolute terror with memories from school days of being in the ‘reject’ pile of the kids that the chosen team captains were forced to select after they had chosen all the sporty kids for their teams. Solitary attempts at exercise did not fare much better, whether it was going to the gym or, even worse, running outside. At least on the treadmill at the gym there was a television screen to distract me from the pain!

And yet, since I have been fully indoctrinated in the parkrun cult, things have changed dramatically. I use the word ‘cult’ in jest, as this is what a friend called parkrun as a joke, but thinking about it, there are certainly some similarities. Both parkrun and cults try to recruit new members, and welcome new recruits with beaming smiles and a friendly “hello”; both require you to turn up on a regular (weekly) basis; membership of both finds you changing your habits and even your personality; both engender a feeling of belonging, and no matter how hard you try to explain it to those on the outside they fail to understand the attraction. (Although I have questioned my life choices on a number of occasions on why I would want to get up at 7am on a Saturday morning and go and run 5k instead of having a lie-in and nursing my hangover!) And like all cults we have a great guru to venerate in the form of founder Paul Sinton-Hewitt!

As for that change of personality, it seems to extend beyond finding myself sometimes turning down alcohol on a Friday night because I have planned to go to parkrun in the morning! I was recently lucky enough to be invited to go away for the weekend to share an Air B&B with 7 other people in Lulworth, Dorset. Whereas in the past the first thing I would have done after accepting the invitation would have been to look up places to go and visit, and to check out restaurants and bars in the vicinity, now my first thought was to rush to the computer to see if there was a nearby parkrun that I could do! Looking at the parkrun website and the unofficial tourist tool, the nearest parkrun appeared to be Weymouth, which was a mere 25 minute drive away from our AirB&B. Once I got over my initial disappointment about not being able to complete another letter in the alphabet challenge (as described in my previous blog post about parkrun tourism), as I had already run a ‘W’ parkrun with my home run of Walthamstow, I turned to the course description and got excited to read “… one and a half laps anti-clockwise around the miniature train track and 9-hole golf course… loop around the Round Table ‘pineapple’ monument…” A parkrun with a miniature train track, golf course AND a pineapple, and by the sea too … what’s not to like? I knew that a number of our group had booked to go coasteering on the Saturday morning, but I messaged the group to see if any of the others fancied joining me at Weymouth parkrun and was pleased when Liz said she would join me, as she is another parkrun cult member!

And then Sarah said she would come along too – not to run as she doesn’t run, but just to keep me company on the journey over, planning to then go for a walk by the sea or to look around Weymouth whilst I ran. Talking to her about it, it seemed that whilst she had heard of parkrun (and after the media storm over the cancellation of Little Stoke parkrun, few people have NOT heard of it now) she didn’t know much about it. So I suggested she volunteered to help out and sent her the Weymouth helpers’ email address. I didn’t really expect her to take me up on the idea, but she did and proudly announced that she had heard back from them and she was going to be a marshal. Fantastic – another potential cult convert!

The day came, and 4 of our merry band of 8 set off for Weymouth; 2 to run, 1 to volunteer and 1 who came along for the ride and who turned out to be a useful friend to have along to hold our stuff and take photos – thanks, Cheryl! We had a bit of confusion over the parking situation: the parkrun website said “The run starts adjacent to the 9 hole golf course, east of Weymouth College. From Lodmoor car park head away from sea to right hand corner towards the nine hole golf course”, which seemed to suggest you could park in Lodmoor car park. Yet the directions for getting there by road took you to the car park of Weymouth College, 300m from the start. I think the discrepancy is that you have to pay to park in the nearer Lodmoor car park, whereas you don’t pay in the College car park so most of the regulars coming by car park in the college. Having parked, the difference between Weymouth and Walthamstow parkruns was immediately apparent – at Walthamstow we have only just started getting just over 100 runners, with the attendance record being 109 runners, whereas Weymouth was much bigger with runners appearing from all directions, and the attendance record being 476 runners.

Sarah went off for her marshall briefing and returned proudly sporting her hi-viz marshal jacket, having been briefed that she had to be “courteous and encouraging” to the runners.

Liz and I went to the new runners’ briefing and then made our way to the start where we found they have a staggered start system with markers for guestimated approximate finish times in 5 minute intervals, so that the slower runners like myself start further back and don’t become an obstacle for the faster runners at the start.

And then there was another cult similarity – the run director started singing and tried to get everyone singing and clapping along to “Monday, Tuesday, Happy Days…” The sheer number of runners meant that the run director had to use a PA system to be heard which rather distorted his voice, and unfortunately there were a lot of rude people at the back who continued to chatter away over the top of his briefing so I couldn’t hear a word of it.

But then we were off. The route is lovely, flat and varied, situated in Lodmoor Country Park, and runs through woodland and up to the rather striking giant pineapple statue (the new runner’s briefing told us that we couldn’t miss it – and she was right!) before running back to do another loop before the finish. One of the good things about the ‘out and back’ nature of the route is that if you’re running with friends who run at a different pace to you, you get to see them and give them a wave as you pass each other on the route.

And because Sarah said that she had a couple of friends running, the volunteer director kindly put her on a marshalling spot where she could see us three times as we looped around. As I approached Sarah for the last time I was delighted to see a novel home-made sign that said “Drinks ahead” and to later discover that they had a trolley with two huge water bottles and cups for much needed rehydration. I passed Sarah for the last time and then it was a sprint to the finish line and then I noticed the funnel – and WHAT a funnel! Now I’ve heard the term “funnel-ducker” on facebook parkrun groups but have never really understood it or realised what it was until Weymouth! At Walthamstow by the time I reach the funnel I am usually the only person in it apart from the person holding the finish tokens, and then the barcode scanner is right by the end of the funnel. But at Weymouth you collect your finish token and then enter the funnel which is a massive log-jam of people queuing up to be scanned. Even with the funnel manager tryng to keep order I can quite see now why some people are tempted to duck out of the funnel and go and get water and not wait around getting cold and waiting to be scanned. 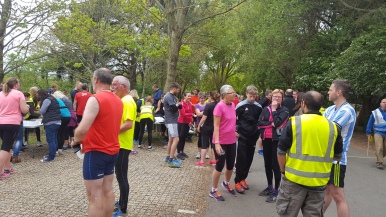 Whenever I’m a parkrun tourist, I am fascinated to see how people sort their finish tokens. At Weymouth they had a fantastically organised and innovative system of Tupperware boxes and a board with hooks – and some cheery and efficient volunteers making short work of the task. 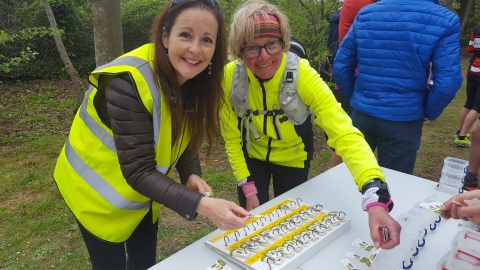 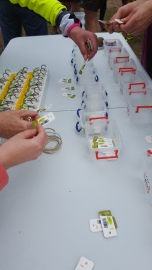 I didn’t go to the appointed post-parkrun café as my friends preferred to get away, but it seemed to be a little distance from the start/finish in Weymouth College, and by the official car park. And so it was just a question then of waiting for the results to come in. I had taken a photo of my finish token – number 352 – so I was a bit surprised when I got my result saying I had finished in position 353. Nevertheless I was happy as my time was a whole minute faster than my previous best ever parkrun time, no doubt due to the flat and fast course. But then when I looked at the results a couple of days later I saw they had been amended and I was now in position 351 with an even faster time! Confusing. I emailed them and got a lovely reply saying that they had had some timing issues – easily done with so many runners.

So things I liked about Weymouth parkrun, in no particular order:

So what did Sarah think of her indoctrination into the parkrun cult? Well, she loved it, and has said that she will look up her local parkrun and will go and volunteer there too. Great – another member of the cult! 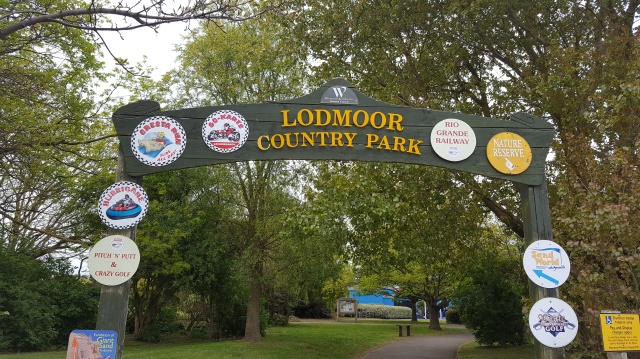 1 Response to Weymouth parkrun: the one with the pineapple! (Or how parkrun has changed my life)